When the term was coined in 1956, Artificial Intelligence (AI) has endured a lifetime of misunderstanding.

The problem lies in the interpretation of the word intelligence. In the words of legendary computer scientist Edsger Dijkstra: “The question of whether a computer can think is no more interesting than the question of whether a submarine can swim.” If I were to ask, who is a better swimmer, would you choose Michael Phelps or the USS Illinois? Swimming is a human activity, certainly not something a submarine does. Yet, a submarine travels much faster and over much greater distances than any swimmer.

Intelligence is like swimming; we associate it with living beings. Adding to the confusion, humanity has a long history of moving the target on what constitutes intelligence. In 1642 Pascal wrote that a device “will eventually perform all four arithmetic operations without relying on human intelligence.” Pascal, it seems, would have considered the ability to add, subtract, multiply, and divide as intelligence and the ability to do so on a calculator would have been a form of artificial intelligence. Fast forward to today where a calculator is considered rudimentary. Herein lies the problem: by promising intelligence, AI sets a high, ambiguously defined benchmark that undermines all that it actually can and has achieved.

Though we’re certainly in an AI boom, the technology itself isn’t new. Rather, AI is the continuation of the computation revolution in the same way the internet was the continuation of the communication revolution. The roots of each revolution run deep. Electronic communication was invented in 1827 with the telegraph. Like the telegraph, the internet is still fundamentally electrons relaying encoded information over a medium. The differences being the speed of transfer, robustness of protocols, and the number of nodes on the network.

As personal computers evolved from calculators. AI is the next step in this progression: it’s still a series of computations, but now enabled by more processing power, advanced algorithms, and data availability. Although artificial general intelligence (which aims to create a general system that can learn anything a human can) gets a lot of attention in film, that field is a long way off. Today, AI is about solving specific challenges, and we have come to the point of maturation where it is actually yielding commercially viable business ventures.

The question of how AI works is important to a company’s defensibility, scalability, and future performance. Broadly speaking, most of AI today is a form of optimization. Many search algorithms could even be considered AI. However, the most notable subfield of AI today is Machine Learning, which optimizes a “cost function” using training data to come up with a prediction, like whether an email is spam. Training data is historical data that helps inform a prediction. For example, when predicting whether an email is spam, a machine learning algorithm could analyze millions of past emails, some of which are identified as spam and others which are not, so as to distinguish the two email categories. This is called supervised learning since the algorithm is supervised via labeled data. The main types of supervised learning are classifications (for example, “spam” or “not spam”) and regression (for example, predicting the time of day someone is most likely to open an email). Unsupervised learning, on the other hand, involves no labeling. We usually use unsupervised algorithms if we want to find patterns but aren’t quite sure what we’re looking for. For example, we could run a clustering algorithm on unlabeled emails and find that emails relating to scheduling meetings in one cluster while emails related to explaining AI in another very different part of the hyperspace. Deep learning is a set of algorithms that in recent years have proven to be particularly fruitful in solving many supervised and unsupervised challenges. 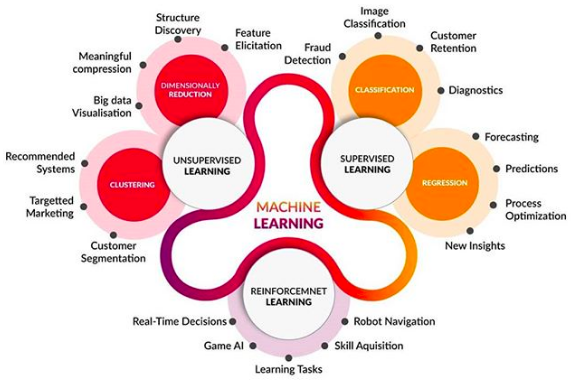 AI has still some way to go, especially since intelligence is a moving target. AI is both much less and much more than we think it is. Though it would be unfair to expect humanoid robots powered by AI in the near future, AI is ready to deliver solutions to important real-world challenges with remarkable speed, cost savings, and accuracy.

Fascinating Facts About Complex Random Variables and the Riemann Hypothesis

How to minimise technology risk and ensure that AI projects succeed