While the skipjack tuna is a reasonably attractive fish, it is perhaps less so if its colours are inverted as in the case below.  Later in the blog I will be introducing the “Destroying Angel Formation.”  This can be found during a full-spectrum inversal of the skipjack waveforms, which might occur before a major stock-market correction or crash.

Skipjack as a form of technical analysis is primarily about math and geometry.  It is not a psychological approach.  Unlike studying Japanese candlesticks, I make little or no effort to guess or assess the state-of-mind of investors.  I would say that it is meant to exploit market tendency – this being the predisposition to form skipjacks.  In terms of making this determination that a market has tended and will tend to do anything, it is necessary to study its history and then to some extent assume that it will persist.  This represents both the strength and weakness of skipjack because of course it is impossible to be completely certain.

I introduced the skipjack in my previous blog.  Since there seems to be some interest in how the trades are made and the rationale behind the trading, I am providing a bit of an elaboration here.  I have yet to determine the full extent and pace to which I will be sharing information about the methodology.

The underlying skipjack shape or object is the skipjack waveform as presented below.  Within this waveform, the value of a stock might increase perhaps 6 percent over several days or weeks.  I know this is not saying much these days given that stocks sometimes increase more than 10 percent on a single day!  Well, if I ever develop a model that can predict a 10 percent jump in a single day, that would certainly be an accomplishment.  So no, using the skipjack is not nearly as lucrative as simply being at the right place and time – e.g. to catch a sudden spike. 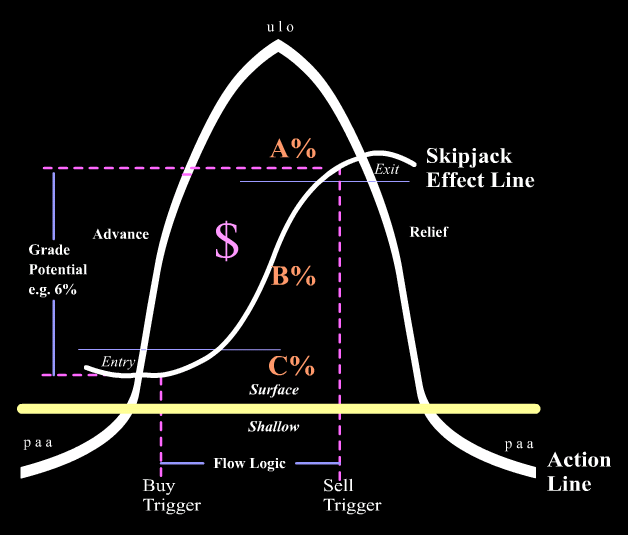 Generally speaking in order for a skipjack to work, its “action line” (on the chart) has to enjoy fluctuating near the water line or neutral.  In some markets – for example during a euphoric, non-correcting rise – the action does not do this, and it is necessary to make use of a slightly different technique.  If an investor is game, a buy-and-hold strategy might be more efficient.  This being said, if an investor holds precisely during this time, there is an elevated chance of holding during a major market correction.

For a period of time as the action line forms the waveform shown above – again, assuming it completes the form – the “effect line” begins to become highly correlated with the price of the stock.  Since the effect line tends to have an entry point near the base (the paa) and an exit near the head (the ulo), the hope here is that the investor will hold the stock during the rise.  This is the general concept.  However, I consider the exact details important – e.g. the exact entry and exit points.

I took out my ruler and physically measured the distance between the hypotenuses (in mm) and the change in value (in dollars) of the highest and lowest points of the effect line; this results in the gradient shown below.  The correlation during the rise during this particular waveform by the way was more than 0.99.  I know readers might be thinking, an investor practically needs a drafting table to trade this way.  Well, I suppose software can do a fair amount of the work especially if it is designed to use the “triggers” for the algorithm.  But I prefer the lived experience of using my hands to handle a ruler, protractor, and mechanical pencils – and then gazing out at the graphical outcomes of the data while sipping coffee. 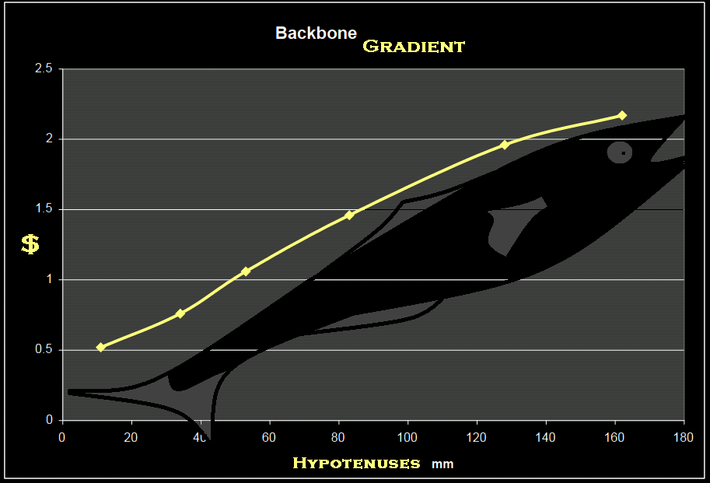 Below in blue just using a quick visual inspection, I point out some skipjacks on the Nasdaq Composite.  The interesting thing about this sample data is that it contains a horrific stock market crash – the first I personally encountered – Black Monday or the Crash of October 1987.  I bet the crash sticks out even using this waveform.  See it? 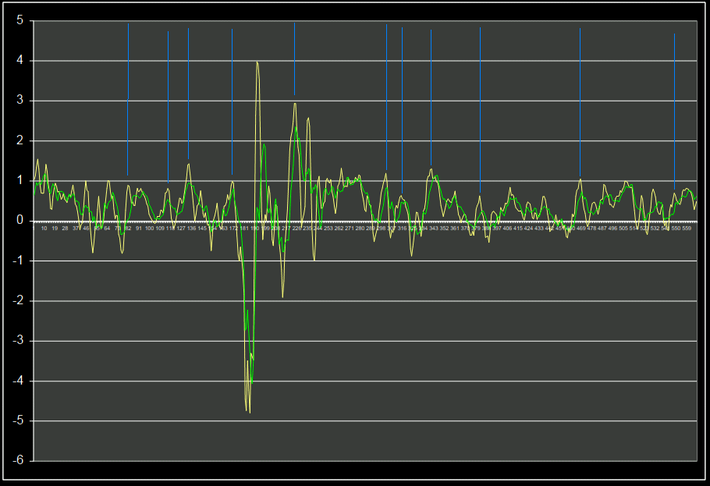 Like other forms of technical analysis, skipjack makes use of formations.  Understandably since the trading methodology was inspired by my fear of stock-market crashes, the first formation called a Full Spectrum Inversal or the Destroying Angel is of a stock market crash.  There is no healthy-looking skipjack anywhere near the Destroying Angel below.  There is a rather sickly-looking skipjack at the far left, which if played likely would have caused the trader to exit at around October 6 – the “crash” being often associated with October 19.  Between October 6 and 19, I personally would have ran for the hills given the technical developments.  However, as I mentioned earlier, the skipjack was so off-formation, I likely would not have have played it at all. 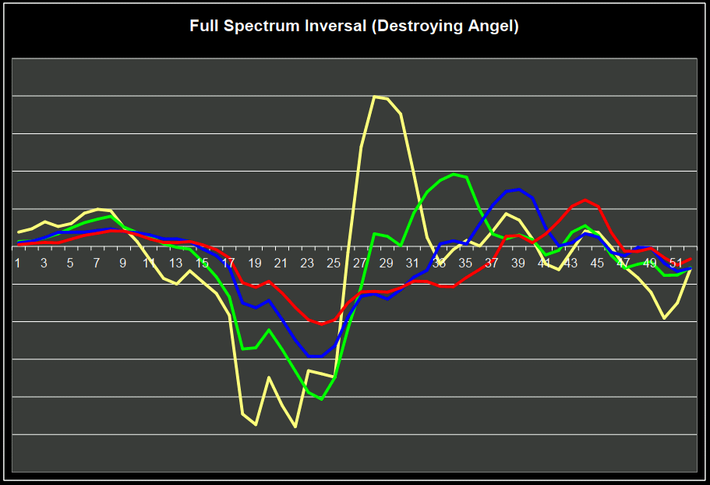 I hope this blog has explained the general trading technique using skipjacks reasonably well.  As I take this opportunity to map out the scenery and develop different formations, I admit that nothing is nearly as enjoyable as having all the time in the world and not trying to publish a book or sell investment products.  For me for the most part, this is research.  Of course, having some protection against a major correction or stock-market crash doesn’t hurt.

An open-source machine learning framework to carry out systematic reviews

The Ways in Which Big Data can Transform Talent Management and Human Resources | by Amelia Jackson | Feb, 2021

Ransomware puzzle: These two pieces of malware look very different, but they evolved from the same root