(This article is now a chapter of my github proto-book Bayesuvius)
Simpson’s paradox is a recurring nightmare for all statisticians overseeing a clinical trial for a medicine. It is possible that if they leave out a certain “confounding” variable from a study, the study’s conclusion on whether a medicine is effective or not, might be, without measuring that confounding variable, the opposite of what it would have been had that variable been measured. Statisticians have to enlist expert knowledge to assure themselves that no influential variables are left out.

Judea Pearl considers Simpson’s Paradox a fundamental problem which is greatly clarified by his theory of causal Bayesian networks (See references below).

Some patients of both male and female genders are given a medicine or a placebo in a double blind study. Some recover from their ailment and others don’t. Let

The situation can be modeled by the Bayesian Network (bnet) in Fig.1

For this bnet, one has

is a conditional expected value (a kind of weighted average).

are non-negative real numbers. For the vector

Define a positive outcome (or success or

increasing with t if

Define a negative outcome (or failure or

decreasing with t if 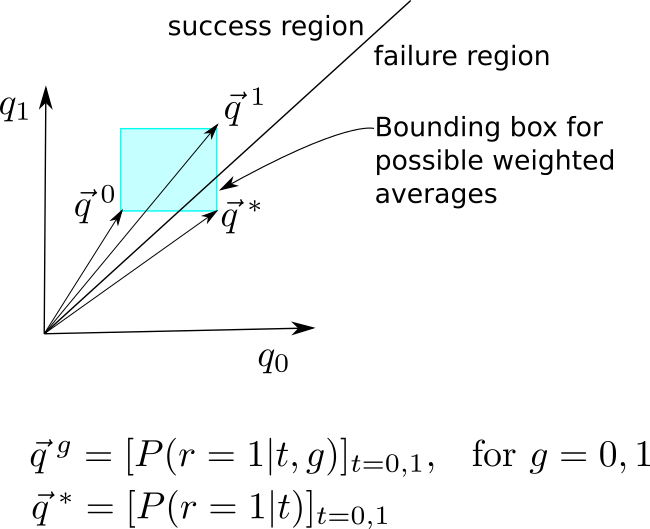 It is possible (see Fig. 2 for a graphical explanation of how) to find perverse cases in which

increase with t but 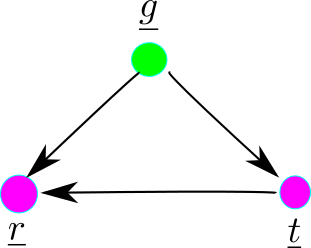 Footnote: Sometimes the bnet Fig.3 is used to explain Simpson’s paradox instead of the bnet Fig.1. But those two bnets are equivalent because