Semi-stable distributions can serve as a great introduction to explain the central limit theorem in a simple and elegant way. The family that we investigate here is governed by two parameters a and b. Distributions from that family are denoted as G(a, b). We focus exclusively on symmetrical distributions centered at zero.

By definition, they satisfy the following properties:

As a consequence, we have the following result.

All these random variables have zero mean and are symmetrical. The case β = 2 corresponds to the standard central limit theorem. A fundamental consequence is that if β = 2, then G(a, 0) must be a Gaussian distribution. The notation Z ~ G(a,0) means that the distribution of Z is G(a, 0). The convergence is in distribution.

The characteristic function ψ(t) of a random variable X uniquely defines its statistical distribution. We consider here CF’s that have the following form:

with the following requirements:

The density is obtained by inverting the characteristic function, in other words, by computing its inverse Fourier transform. Since the density is also symmetrical and centered at zero, no complex numbers are involved, and it simplifies to

By construction, it always integrates to 1. If β = 1, none of the moments exist. If β is strictly between 1 and 2, the mean is zero but higher moments do not exist. If β = 2 (the case we are interested it) then all the moments exist, and all the odd moments are zero. If β > 2, it can not be a density.

The only thing that needs to be checked, to guarantee that we are dealing with a proper density, is that f must be positive everywhere. In order for this to be true, the function h must be carefully chosen. We are interested in the following special case exclusively:

Here α and λ are two fixed positive real numbers: just like β, they are not parameters of the model. I conjecture the following, assuming β = 2:

All the moments can easy be derived from the characteristic function. Odd moments are zero, and for even moments, we have:

It is not easy to simulate deviates from G(a, b) using traditional methods based on the characteristic function, such as this one developed by Luc Devroye in 1980. I propose here a technique that I believe is simpler. First you need to compute the density function. The following program does that job: 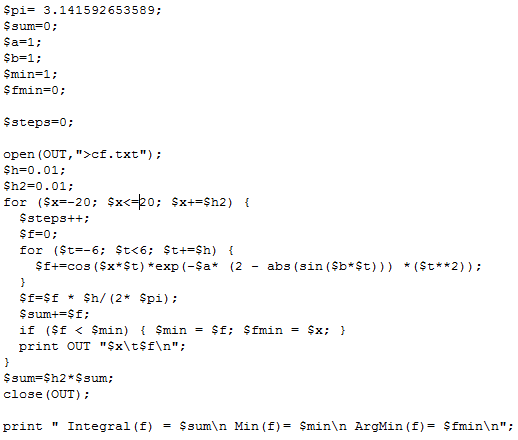 You can download the source code here. It computes the density f(x) for 4,000 values of x equally spaced between -20 and +20. The next step is to compute the empirical cumulative distribution based on these 4,000 values: this is straightforward. Then you can use the classic inverse transform method, using the empirical inverse cumulative distribution, to generate the deviates in question.

Another way to simulate this type of distribution is to compute its moments (easy with Mathematica or WolframAlpha) using the formula in section 4, see also here. Then use the Momentify R package, available here.

The semi-stable distributions introduced here satisfy this property: if X(1), …, X(n) are independently and identically distributed G(a, b), then X(1) + … + X(n) is G(na, b). A weaker requirement would be that X(1) + X(2) is G(2a, b), resulting in a potentially larger class of distributions. Note that even with this weaker form, the generalized central limit theorem in section 2 may be preserved, unchanged.

And so on. Let m = 2^n. Clearly, the main theorem in section 2 is preserved, unchanged, if you replace n by m. Thus if there is convergence, it must be for any n, not just for those that are are a power of 2. And the limiting distribution Z will also be G(a, 0).

Building distribution families that meet the requirements of section 1 is not that easy. We try here to build such distributions directly from the density rather than from the characteristic function, and we show that it does not work. The family in question is also governed by two parameters a and b with b > 0. These distributions are also symmetrical and centered at 0, and defined by the following density:

The characteristic function is as follows:

If X(1), X(2) are independently and identically distributed, from that same family of distributions, then 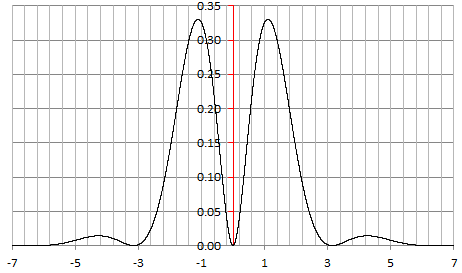