that is, it follows a normal distribution with zero mean and unit variance, as n tends to infinity. Here μ  is the expectation of X1.

Various generalizations have been discovered, including for weakly correlated random variables. Note that the absence of correlation is not enough for the CLT to apply (see counterexamples here). Likewise, even in the presence of correlations, the CLT can still be valid under certain conditions.  If auto-correlations are decaying fast enough, some results are available, see here.  The theory is somewhat complicated. Here our goal is to show a simple example to help you understand the mechanics of the CLT in that context. The example involves observations X1, …, Xn that behave like a simple type of time series: AR(1), also known as autoregressive time series of order one, a well studied process (see section 3.2 in this article).

The example in question consists of observations governed by the following time series model: Xk+1 = ρXk + Yk+1, with X1 = Y1, and Y1, …, Yn are i.i.d. with zero mean and unit variance. We assume that |ρ|  <  1. It is easy to establish the following:

Here “~” stands for “asymptotically equal to” as n tends to infinity. Note that the lag-k autocorrelation in the time series of observations X1, …, Xn is asymptotically equal to ρ^k (ρ at power k), so autocorrelations are decaying exponentially fast. Finally, the adjusted CLT (the last formula above) now includes a factor 1 – ρ. If course if ρ = 0, it corresponds to the classic CLT when expected values are zero.

Let X1 be uniform on [0, 1] and Xk+1 = FRAC(bXk) where b is an integer strictly larger than one, and FRAC is the fractional part function. Then it is known that Xk also has a uniform distribution on [0, 1], but the Xk‘s are autocorrelated with exponentially decaying lag-k autocorrelations equal to 1 / b^k. So I expect that the CLT would apply to this case.

Now let  X1 be uniform on [0, 1] and Xk+1 = FRAC(b+Xk) where b is a positive irrational number. Again, Xk is uniform on [0, 1]. However this time we have strong, long-range autocorrelations, see here. I will publish results about this case (as to whether or not CLT still applies) in a future article.

2. Results based on simulations

The simulation consisted of generating 100,000 time series X1, …, Xn as in section 1.1, with ρ = 1/2, each one with n = 10,000 observations, computing Sn for each of them, and standardizing Sn to see if it follows a N(0, 1) distribution. The empirical density follows a normal law with zero mean and unit variance very closely, as shown in the figure below. We used uniform variables with zero mean and unity variance to generate the deviates Yk. 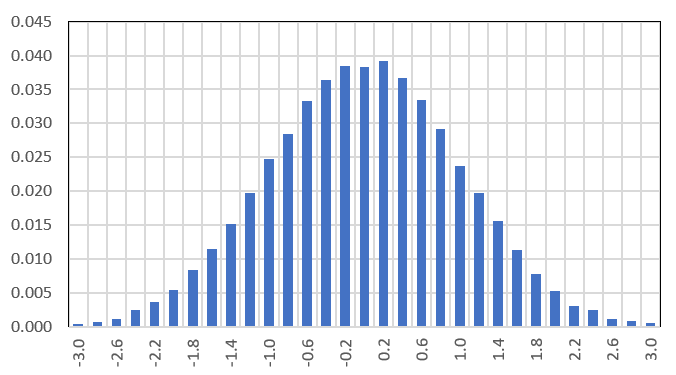 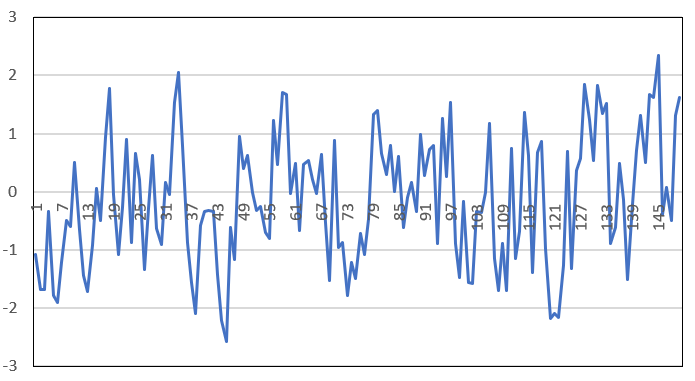 It behaves quite differently from a white noise due to the auto-correlations.

With Machine Learning, More Business Processes Will be Automated

Ransomware: Here’s how much victims have saved in ransom payments by using these free decryption tools