In practice, the Data Scientist wants to know which formula they will write in their Excel sheet when they enter all the data available into it: Bayes’ or usual?

The answer is that it depends: if all the data is well determined, so numerical, with closed functions, normal conditional probability. If there are doubts about the data or how to connect its parts, then it is better using the Bayesian probability.

If I want to know if the value of x in x+5=7 is 2, I work totally inside of the World of Mathematics, and I decide: yes, it is.

If I want to know how much chance I have to get liver disease if I am an alcoholic, and Science has progressed to the level of establishing a perfect mathematical relationship between both items, I work totally inside of the World of Mathematics. If doubts remain as to the correlation between ‘being an alcoholic’ and ‘having liver disease’, then I work inside of the ‘Bayesian World’ instead.

The way to apply the formula is:

A = having liver disease

B = being an alcoholic 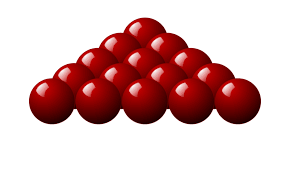 However, if the next paragraph is the truth instead, so:

Notice that the formula above is the same as isolating P(B and A), which has to be identical to P(A and B), in the second formula of the previous picture, and replacing the numerator with the result.

In the Monty Hall Problem, we have:

First question, all the same.

On the other hand,

Apache Arrow: The little data accelerator that could

MWC 2019: Your future Android phone, apps will need no password

MWC 2019: Your future Android phone, apps will need no password