And we can go on and on with these insightful stats relating blockchain with banking and financial institutions, as per Fortunately.

Since getting conceptualized by Satoshi Nakamoto in 2008 in bitcoin cryptocurrency form, blockchain has witnessed remarkable new and innovative applications in software development.

The fintech industry always looks for technology tools that enhance security, and blockchain has emerged as a viable solution. The technology is getting used in diverse ways by banks and other financial institutions to ensure the highest level of privacy and protection.

The infographic below illustrates the blockchain investors’ industry focus for the year 2019. 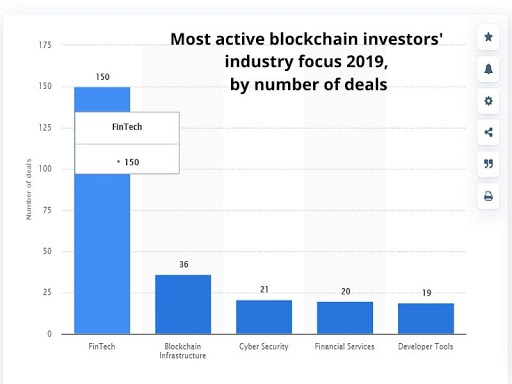 With the passing years, the number of deals has increased significantly as diverse industry verticals are exploring the technology. Investment from the banking sector is also rising owing to multiple benefits from the technology. 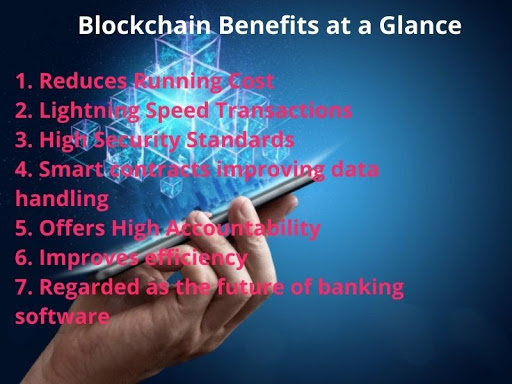 Before you proceed to learn them in detail, let’s recollect some basic concepts.

So, do you know what exactly defines blockchain?

In simple as ABC, blockchain is a kind of distributed ledger technology that records data in a secured manner with zero possibility of data altercation. Being a distributed technology, it has the following extraordinary features:

Main types of blockchain used by the banking industry

The blockchain can be classified into many kinds, but for the sake of lucidity, we will stick to four main types of blockchain:

Public Blockchain: A non-restrictive, permission-less distributed ledger system is referred to as the public blockchain. A public blockchain is open to all, and anyone can become an authorized user for accessing past and current records.

Best examples of Public Blockchain include the digital currency of bitcoin, Litecoin, etc.

Private Blockchain: A restrictive and permission-based blockchain is called a private blockchain. It is meant for personal use in enterprises, and the level of scalability, accessibility, gets controlled by the administrative department.

Hybrid Blockchain: As the name suggests, a hybrid blockchain is a mix between Private Blockchain and Public Blockchain. It allows users to go for both permission-based and permission-less features. The organization can control whether to let a particular transaction go for public or private use.

The best example of Hybrid Blockchain is Dragonchain.

Blockchain effectively builds trust between the bank and its trading partner (whether a client or another bank). The high trust between the partners conducting financial transactions removes the necessity of mediators and third-party software otherwise required in the absence of blockchain.

The immutable version of the transactions minimizes the corruption level, thus boosting the confidence level among the users.

The technology is responsible for effectively reducing the transaction time. It has been possible because it cuts and eliminates multiple intermediaries out of the process.

The result is a simplified transaction with little to zero intermediaries. Also, the trades are conducted with ledger entries which facilitate banks to instantly authorize and permit processes with the least time gap. 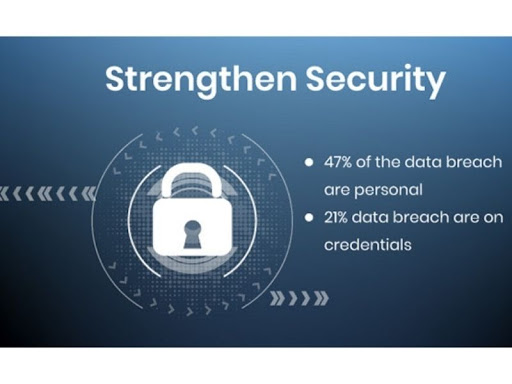 Lightning-speed transactions of blockchain significantly reduce the time span for hackers to divert or hack them. It also allows zero modification powers to the concerned parties, enhancing the transparency level for the users.

It has become feasible because blockchain stores data in a decentralized and encrypted manner over the entire network. It means as soon as the data gets stored over the network, a hacker cannot conduct any alteration to it.

Any data altercation invalidates the signature, which enhances the security level.

It improves the data handling capacity of the developed software with high security and minimum human interference.

Every transaction conducted online gets duplicated over the entire network. It automatically eliminates the risk of losing transaction details or loss of data. The user can conveniently trace any executed transaction.

So, banks find it very easy to trace and deal with any issues occurring with transactions. Finding the culprit becomes a matter of clicks in such a scenario.

6. Regarded as the future of banking software 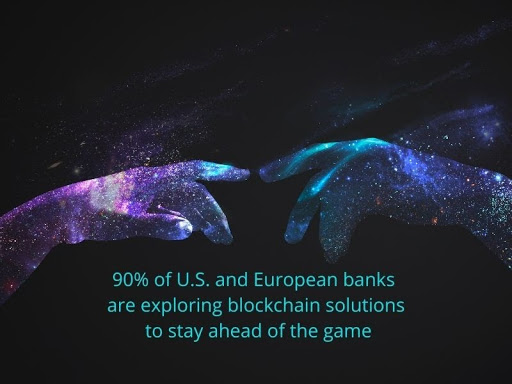 As per AI development stats, 20+ nations worldwide have researched for developing a national cryptocurrency. With multiple countries formally and informally approving bitcoin trade, digital currencies are leading significant impacts in trade and commerce.

Blockchain is regarded among the most disruptive technologies and has become an integral part of banking software development worldwide.

As per CEO of IBM, Ginni Rometty, “Anything that can conceive of as a supply chain, blockchain can vastly improve its efficiency- it doesn’t matter if its people, numbers, data, money.”

Convenient tracking of fraudulence, quicker transactions, heavy security, etc., all together aids in developing a positive work culture environment for the bank employees.

Blockchain improves the efficiency and reliability of the developed software and acts as a positive energy booster for the bank employees.

That was about the top 7 benefits of using blockchain for banking software. For developing advanced banking apps, hire blockchain developers from India at an affordable hourly rate.

Andrew Ng Criticizes The Culture Of Overfitting In Machine Learning